skip to main | skip to sidebar

A message for the church from a Europe at war

A message from our Associate, the Rt. Rev. Mark Edington, Bishop of the Convocation of Episcopal Churches in Europe, from the American Cathedral in Paris, as the Russian invasion of the Ukraine continues:

From chaos and disorder

you brought forth the beauty of creation;

From the chaos of war and violence

Bring forth the beauty of peace.

You saw the humanity of the outcast and the stranger;

Help us to see the evils of our hatreds and suspicions

and to turn them into the embrace of your Beloved Community.

Through your love on the cross

You overcame the power of violence and death;

Turn us away from the love of power

That we may transform a warring world

through the power of your love. Amen.

Labels: how you can help, peace, prayer, prayer request, video

"The Arch Is Dead, Long Live The Arch!" - a tribute to Archbishop Tutu by someone who knew him well 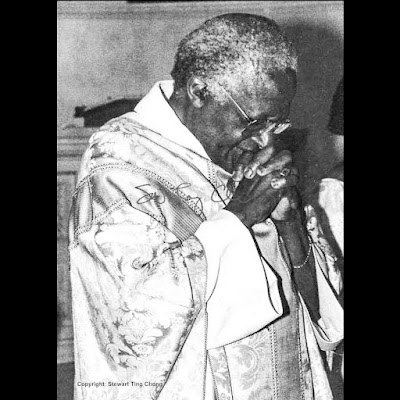 The Arch Is Dead, Long Live The Arch!

I write this after having returned from St John’s Episcopal Church in Hingham, Massachusetts, where the church bell tolled at noon, as it did at other Episcopal Churches across the State. The mournful single note of the bell, rung in short intervals, heralded the reminder that Archbishop Desmond Tutu had died on the 26th December 2021 and that his funeral was to be conducted at 10am in South Africa the following day.

I sat alone quietly weeping in the church where I was married by Desmond Tutu, the priest who became a bishop, a Nobel Peace Laureate and then Archbishop of Southern Africa. The awards and accolades bestowed on him meant little to me for he was just “The Arch”, someone who I had known for 34 years as a mentor, friend, confidant and boss, having worked on his staff for seven years during the era of apartheid in South Africa.

While the media is filled with tributes honoring a great peace maker, and rightly so, my own thoughts have been focused on how my life had changed as a result of his influence. There was, for me, no one braver, more outspoken in the defense of the oppressed, the persecuted and the discriminated and no one more prayerfully contemplative than the Arch. It is in this light that I pen my own thoughts in my personal tribute to honor him.

I could so easily repeat words already spoken more eloquently by others, but what I know of him is that words were meaningless unless there was an action that supported their intent.

“I’m not a holy person and have no skills to offer”, you might say. And I can hear the Arch’s response: “Do your little bit of good where you are; it’s those little bits of good put together that overwhelm the world”. We can absolutely do good in the world but why not start in your own part of the world first? Pick up that piece of trash that someone else has tossed aside and do good by saving the environment and the conservation of wildlife. Reach out to someone in need for “We are each made for goodness, love and compassion. Our lives are transformed as much as the world is when we live with these truths.” Get involved in your communities and correct the injustices that you’ve ignored by thinking, “someone else is better equipped than I am to deal with that.” Volunteer your time to help organizations in their mission and become the person that we know we want to be.

The greatest challenge for me, as it may be for you, is to see the goodness in others with whom we disagree.

The Arch emphatically believed that we are all children of God, that goodness is in everyone even though that goodness might be hidden by “evil”. His challenge to us is to try to see beyond that and to acknowledge the intrinsic value and goodness in everyone.

So, I write this more as my own pledge, to read and be reminded daily, that if the Arch meant so much to me, then I should honor him through my interactions with others, as hard as that might be.

“Goodness is stronger than evil.

Love is stronger than hate.

Light is stronger than darkness.

Life is stronger than death.

Victory is ours through Him who loved us.”

The Archbishop’s death is not the end of the battle he waged for goodness. It is the beginning for each one of us who holds his name in high esteem. Discrimination, injustice, persecution and oppression will not end unless we pick up his mantle of righteousness and call to account those who continue to tarnish the ideals that he had so faithfully strived to achieve. Let us find our voice and speak out against oppression. Let us speak out against the injustices inflicted on communities around the world. Let us hold accountable those who plunder the coffers intended to help the weak, hungry and destitute. And let us put the words we speak into action with righteous indignation and leave this world a better and kinder place for the generations that follow. Let us pledge to continue his work.

The Arch is Dead, Long Live the Arch.

Labels: guest post, how you can help, justice, reflections, remembering

hark, what a sound - an advent hymn speaking to all I need 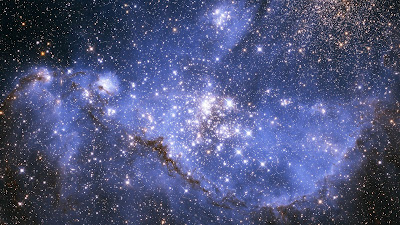 Hark what a sound, and too divine for hearing,
stirs on the earth and trembles in the air!
Is it the thunder of the Lord's appearing?
Is it the music of his people's prayer?

This hath he done, and shall we not adore him?
This shall he do, and can we still despair?
Come, let us quickly fling ourselves before him,
cast at his feet the burden of our care.

Through life and death, through sorrow and through sinning,
he shall suffice me, for he hath sufficed:
Christ is the end, for Christ was the beginning,
Christ the beginning, for the end is Christ.

Haitian home remedy for the win

It's pouring rain in Massachusetts, and I've been down with quite a cold for days. We've been so careful for so long that cold germs have been successfully kept away till now. I suppose it was just a matter of time.

Let me hasten to say that I did get tested, and it is not COVID-19, nor flu, nor strep. Just a cold. Nevertheless, I have been working from my room. We sisters hold all things in common - no one has private income, and all of our belongings belong to the community. However, the Superior has declared an unequivocal exception for germs, and thus I am doing my best to be stingy with them.

So here I am in my room on this grey day, looking at the rain and working on this weekend's sermon, and I have received the perfect thing: a cup of strong, hot ginger tea made by one of our sisters from Haiti, up in Massachusetts for our annual Gathering and Chapter meeting. 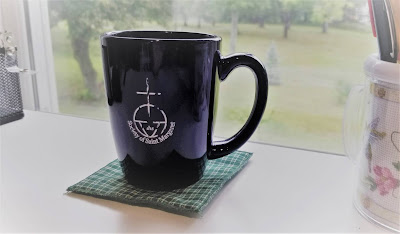 The recipe is very simple:

"Conference of Anglican Religious in the Americas" Video 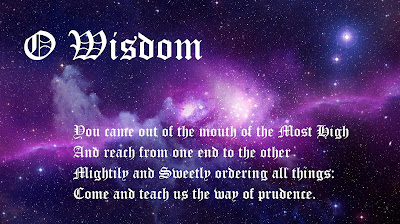 It has come to my attention that there are people out there who do not know of Alice's Restaurant. This is wrong, especially within a week of Thanksgiving in the year in which Arlo Guthrie announced his retirement. Therefore, in order to remedy the situation, I bring you a taste of 1967 Turkey Tales.
Lo, these many moons later, Alice is just trying to stay in her home. That would not be the old church as described in the song, in which she has not lived for decades, but the cottage she rents in Provincetown. For more on that and on her reminiscences of the song's story, read Arlo Guthrie's 'Alice's Restaurant' Is A Thanksgiving Tradition. But This Year The Real Alice Needs Help.
Posted by Sarah SSM at Monday, November 30, 2020 No comments:

Labels: because why not, music, video
Older Posts Home
Subscribe to: Posts (Atom)

Welcome to my adventure!

I began this blog as I prepared to leave for a seminary field education placement in a parish in Haiti, creating it as a way of sharing my experiences and reflections over the summer with people at home and continuing it upon my return.

I finally returned to Haiti in 2011. So much in a short time. I returned to the US in 2013, but something tells me I'll be back. Meanwhile, there is still so much I intended to share while I was there. I hope some of it will make it onto this blog. A piece of my heart is always in Haiti, and I hope some of yours will be, too. Pray for Haiti, please. So much is needed; with God, so much is possible.
Meanwhile, there are ample opportunities for ministry here, and plenty of discoveries to make. There are beautiful things to consider, birds to watch, and concerns to share. And I am never short of curiosity to lead me into all sorts of odd corners. In all of it, God is present. Welcome to the adventure.
* * *

This is a personal blog. Nothing in it is an official statement from the Sisters of St. Margaret, the Episcopal Diocese of Haiti, or any other organization.

Donate to Partners in Health

Vote for John Mason Neale, our founder, for the 2016 Golden Halo!